Best Surgical Technologist Career Opportunities in the US

It’s not surprising that so many people are choosing careers as surgical technologists today. With excellent job prospects, solid salaries and the adrenaline rush that comes with saving lives every day, surgical technology allows you to get into the fast-paced world of surgery without the long years of medical school required to become a surgeon.

But with 50 states to choose from, where can the best surgical tech job opportunities be found? To help you decide, we’ve waded through the latest data on the best states for healthcare careers to evaluate your surgical technologist job outlook from the Atlantic to the Pacific, and north to south. 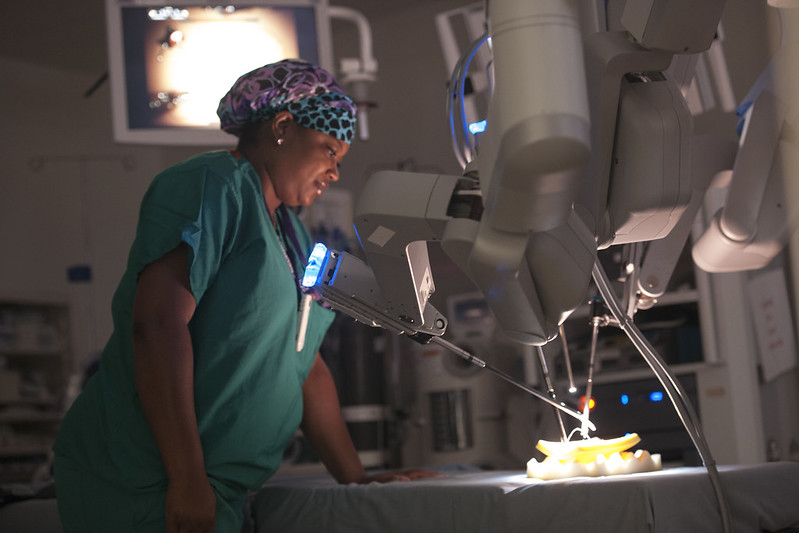 This is a great career to get into now, with a projected 15% job growth rate over the next decade – much faster than the average for all careers. New areas of medicine continue to grow and see scientific development, meaning specialized surgeries are likely to see more demand.

The number of surgeries performed in the United States is also set to increase as baby boomers move into retirement age. It’s not just that this generation is getting older – they’re also far more likely to accept and choose surgery than earlier generations of seniors.

Jobs in the Northeast

With some of the country’s best surgical tech training opportunities and most prestigious hospitals, the northeast is a desirable destination of choice for many new grads and healthcare workers.

Since the cost of living and job prospects vary by state, and distances are smaller in the northeast states, obtaining training in one state and settling down in another (or commuting to work across state lines) may make sense for you.

SALARIES IN THE NORTHEAST

The northeast is the country’s wealthiest region, and salaries for surgical technologists here reflect that. Just two states have an annual salary below the national average of $45,940: Vermont at $40,720, and Maine at $43,470.

Most of the median salaries in the region are around the $50,000 mark, nearly $10,000 per year more than the national average for this career. According to the Bureau of Labor Statistics, Connecticut offers the highest salary in the region, with an average of $53,380.

The availability of surgical technologist jobs, however, tends to be smaller than national averages.

If you’re looking for a state where surgical technologist jobs make up a higher percentage of the workforce than the national average, Massachusetts offers the best prospects for you–as well as one of the highest average salaries–at $51,400 annually.

Maine also has more surgical technologist jobs than most states. Though salaries hover around the national average, the state’s lower cost of living (relative to other states in the the region) compensates for it. And, if proximity to the Atlantic Ocean sounds appealing, Maine may be just what you’re looking for.

CERTIFICATION IN THE NORTHEAST

With some of America’s best colleges and technical schools, this is a great region to start a career. Surgical tech schools in New Jersey give you a chance to obtain healthcare training in close proximity to some of America’s best hospitals. It’s a great base for launching surgical tech careers in the northeast region, whether you stay in the state or head for another.

Jobs in the South 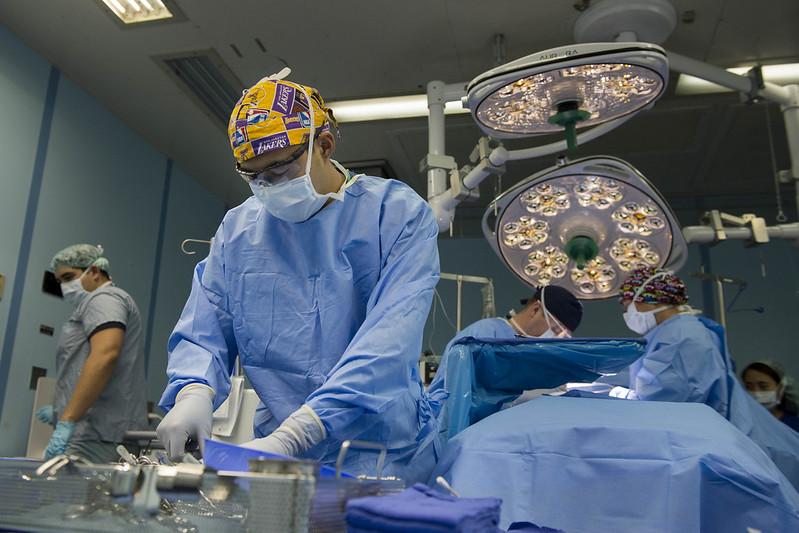 A vast area encompassing 16 states with their own unique histories, the American South offers warmer temperatures and distinct cultures. How do surgical technologist salary and job opportunities stack up in this region?

This group of states has plenty of entries on Business Insider’s list of the best places to live in the South in Florida, Virginia, North Carolina, and South Carolina.

It’s also a great region for job opportunities. Nearly all of these states rank above the national average for the percentage of surgical technologists in the workforce – meaning there are more jobs here than in most of the country. Only Virginia and North Carolina come in just below the national average.

As far as salaries go, the South Atlantic region is a mixed bag. Many surgical techs here come in just behind the national average of $45,940. Surgical techs in Virginia and Maryland earn the highest wages at $48,380 and $51,600 respectively. Delaware comes in third with an average of $44,730.

Surgical techs in Washington, DC make one of the highest national averages at $54,700, but there’s a mere 290 technologists, making up just 0.04% of the DC workforce (and you’ll need that extra cash living in the capital region). 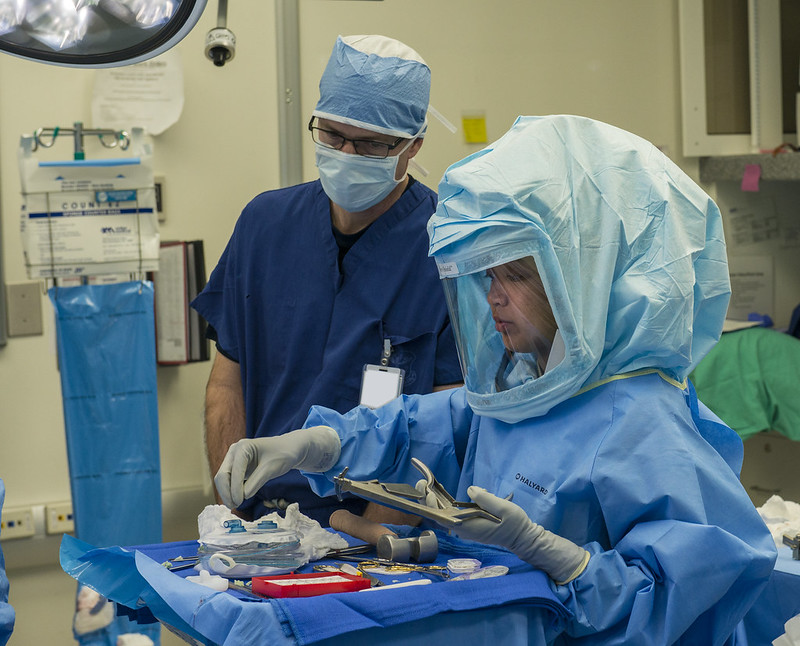 As in the South Atlantic states, the East South Central region has a high percentage of surgical technologists in the workforce, but salaries well below the national average.

Average salaries range from a low of $35,590 in Alabama up to $39,460 in Tennessee. Still, with low housing costs and lower cost of living, this region can be a solid choice for job prospects, especially if you have connections to the area.

The West South Central states are a similar story, with larger numbers of surgical techs working at lower than average wages – $40,010 in Arkansas, $38,910 in Louisiana and $38,270 in Oklahoma.

Texas, however, comes in #1 nationwide for highest employment levels for surgical techs. With an average annual salary of $45,100–almost exactly the national average–and many cities and communities to choose from, Texas might be a great choice to start a surgical tech career in the South.

Surgical Tech Jobs in the Midwest

The American Midwest has bustling cities, industrial centers, and cooler temperatures around the Great Lakes, and warmer, drier climates in the agricultural states of the Great Plains. But what does the area have to offer allied healthcare workers for surgical tech salary and jobs?

Illinois, Iowa, Kansas, Missouri and North Dakota all have salaries below the national averages and below-average numbers of surgical techs working, so these states may not top your list of places to work.

Indiana and Michigan have higher numbers of surgical techs employed,  as well as higher wages with averages from $42-43,000. Minnesota’s employment outlook is also good, and surgical techs make one of the country’s highest average salaries at $51,100. Wisconsin offers the second-highest regional salary at $50,530.

Job Opportunities in The West and Pacific 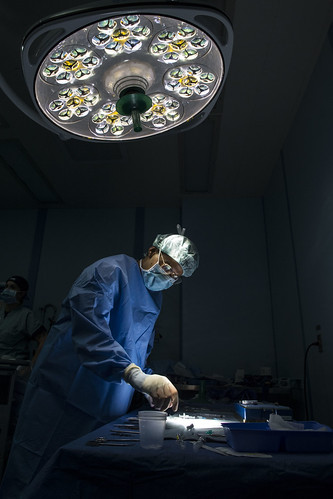 How much do surgical techs make an hour in the West and Pacific region? The area is known for its natural beauty, as well as a typical high cost of living. Do wages and job prospects offset this?

There are a handful of outliers, with surgical techs in Idaho, Montana, and New Mexico earning a bit below the national average. Idaho and Montana, however, have a high rate of surgical techs in their workforces. New Mexico has both the region’s lowest share of employment and lowest average salary at $41,810.

Getting Started With Surgical Tech Training

If you’re sold on this career and have identified a few regions where you’d like to live and work, what are your next steps?

Surgical technologist training programs can take up to two years to complete. However, some programs may last around 1 year. Training can be completed with daytime classes and/or night courses, though evening programs will often take longer to complete.

A quality program will include both classroom and hands-on training, and will prepare you for certification exams offered by the National Center for Competency Testing (NCCT) or the National Board of Surgical Technology and Surgical Assisting (NBSTSA).

Whichever state you ultimately choose, the Bureau of Labor Statistics tells us that certified surgical technologists have great job prospects, as well as good salaries.

Settled on working in the northeast? Learn more about a surgical technologist program in New Jersey.

How to Find a Job as a Pharmacy Tech Are Medical Billing and Medical Coding the Same?

12 thoughts on “Best Surgical Technologist Career Opportunities in the US”