How Changes in the Affordable Care Act Will Affect Healthcare Workers There’s no denying it’s been a hectic few years for healthcare workers. From the passing of the Affordable Care Act (ACA) back in 2010, changes have been coming fast. Now, with the election of Donald Trump, the uncertainty attached to this past year’s rising premiums has only increased.

So what is the future of the ACA and how will it affect average healthcare workers across the country? First, let’s look at what’s been happening for the past year.

How the Affordable Care Act Evolved Through 2016 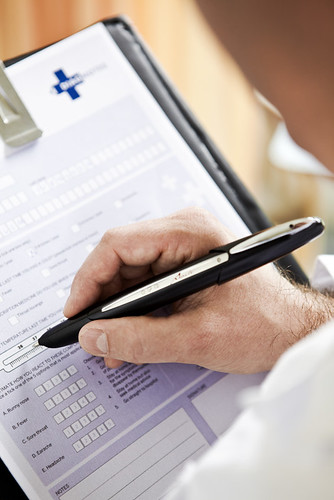 The big headline for the ACA in 2016 was undoubtedly rising premiums. In fact, premiums are projected to increase by around 25% with significant variations by state. But what does that mean for consumers and healthcare workers? On the consumer side, it surprisingly doesn’t make too much of a difference.

That’s because most of these rate increases will be absorbed by federal subsidies. So while this makes for a scary headline, most people won’t notice much of a change. But insurance companies are taking some serious hits and have pulled out of many state exchanges. Does that then mean that these trends apply to healthcare facilities and their workers?

Not yet, but they will. As insurance companies pull out of markets, reduced choice and fewer insured people will mean more trips to the emergency room and fewer regularly scheduled appointments. In other words, the future may look more like the past for healthcare workers.

Still, that doesn’t tell the entire story. Projections for ACA premiums were in large part based on assumptions about economic growth and inflation, economic trends that were far outside the scope of the ACA itself. And in fact, current rates are still below what was projected by the Congressional Budget Office (CBO) back in 2009.

So where the law stands today is a mixed bag. But where it’s going is even more complicated.

What Changes Will Trump Make? Okay, so all of that tells us about the status of the Affordable Care Act going into the 2016 election, but the future is now looking increasingly uncertain. Originally, Donald Trump pledged to repeal the entire law, period. However, that position has been evolving quickly since his election.

Today, the latest reports say that Trump is planning to repeal only some parts of the law. Specifically, he’s proposing to keep its two most popular provisions: the requirement to cover preexisting conditions and the ability for children to remain on their parent’s plan until age 26.

The rest of the law, however, is on the chopping block. That includes the individual mandate, the law’s signature provision. This likely means seeing millions of Americans lose their health insurance. Trump is claiming that this will not happen, but how he plans to prevent that remains unclear, even to industry insiders.

Still, most expect big changes for average consumers. But for healthcare workers, how will any changes Trump might enact affect their work?

How Will All of This Impact Healthcare Workers?

The short answer to what healthcare workers can expect from changes Trump might make to the Affordable Care Act is more uninsured Americans. The worry is that this will translate into healthcare facilities of all types facing high numbers of patients who are unable to pay their bills.

Some workers are worried that their areas of expertise will fail to be profitable for hospitals and clinics without as many insured patients. This is stoking fears of job losses in areas like prenatal care.

The big picture here is that eliminating the core of the ACA will eliminate the government subsidies that have been covering health insurance, thereby paying for increased healthcare provisions. This has generally been good news for healthcare workers of all kinds, with more patients able to pay their bills and using healthcare more.

But without health insurance, use of healthcare services could decline and regular doctor visits could be replaced by emergency room visits (as mentioned above). Fortunately, this is coming at a time where demand for many healthcare workers is rising dramatically. However, when Trump’s reforms come out, they are unlikely to change the fundamental predictions made by the Bureau of Labor Statistics – meaning that it’s still a boom time for healthcare workers.

Ultimately, all we can really do is wait and see. Trump’s future plans remain murky, so there’s no way to know for sure what steps he’ll take.

But what is certain is that healthcare workers around the country should keep a close eye on the future of the Affordable Care Act and the healthcare industry.

If you’re interested in joining the healthcare force be sure to check out some of the highest paid allied health careers.